Remains of the cloister 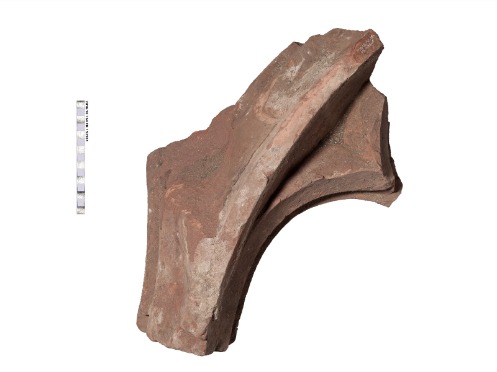 The excavation uncovered the remains of the south and west wing of the cloister and a section of the cloister-garth of the Barfüsserkloster (Franciscan Friary). The openings in the wall facing the garth were decorated with Gothic tracery in red sandstone. When the friary was demolished in 1843, the builders carefully removed the tracery so that it could be reused. Broken pieces were left on site and have now been recovered.

Information on the excavation that is taking place in the cloister of the Barfüsserkloster:
www.archaeologie.bs.ch/stadtcasino_en

A section of the exposed floor of the cloister. Only the mortar bed beneath the clay slabs and the rendered wall have survived.

An idealised view from the former cloister-garth shows the cloister with its carefully worked tracery windows, which was built directly onto the Barfüsserkirche church.
Undated lithograph by R. Rey, 19th century. Image: StABS BILD 6, 1137.